The Struggle of the West and Russia for Ukraine 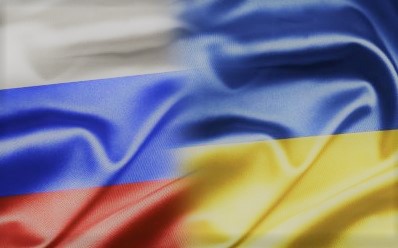 Moscow’s capture of Crimea, its incitement of separatists in the southeast, and its direct involvement in the bloody conflict in the Donbas have increased Russia’s aggressive role in the international arena. Russia has mobilized more than 100,000 troops along Ukraine’s border. According to British intelligence, Russia may attack Ukraine in February. In addition, the Russian Army is conducting exercises in northern Ukraine on the territory of Belarus. A large number of armoured vehicles, tanks and artillery are concentrated on the Ukrainian border. The United States has said it will impose the heaviest economic sanctions on Russia if it enters Ukraine. In addition, the United Kingdom continues to send weapons to Ukraine. Although Germany closed its airspace to Britain, it could not prevent the delivery of these weapons.

Russia’s demand from the West:

The meeting between Russian Foreign Minister Sergei Lavrov and his American counterpart Anthony Blinken on January 21 is the result of intensive talks last week. The inconclusive outcome of the talks further increases Russia’s chances of using the military intervention. Russia says it wants to stop NATO expansion into Ukraine. But this is not all that is required. The Kremlin has called on NATO to ensure that Russia does not expand eastward in areas it considers part of its sphere of influence.

After the end of the Cold War, strengthening NATO in the role of American dominance to ensure the security of the West became a priority. The conflict between Ukraine and Russia has been going on for eight years. After the new President Joe Biden came to power in the United States, he became more interested in Russian policy. This was also due to Russia’s large-scale military exercises near the Ukrainian border in early 2021. There has been no progress since last week’s meetings. The losing side will fulfil the demands of Russia. The United States will not agree to this. Vladimir Putin is concerned about NATO enlargement. However, there is a broader approach to this. Four of the last five waves of NATO enlargement took place under Putin’s control: the Baltic states, Slovakia, Slovenia, Romania and Bulgaria in 2004; Croatia and Albania in 2009; Montenegro in 2017; and Northern Macedonia in 2020. For a long time, Moscow did not have the opportunity to resist this process: it did not have enough influence in these countries, nor did it have the means to put pressure on them.

Russia’s policy against NATO enlargement: Moscow’s demands to the West are: to put an end to NATO enlargement; NATO infrastructure, especially offensive weapons, will not spread to Europe; and the withdrawal of military infrastructure stationed in Eastern Europe after 1997. Russia does not want Georgia and Ukraine to join NATO. It is not ruled out that an agreement may be reached on the US and other NATO members’ military bases in Ukraine. Currently, Western countries are interested in not losing in any battle between Russia and Ukraine, and therefore plan to expel their advisers from the country.

What can happen when Russia starts the occupation? Ukraine’s military has improved since Russia invaded Crimea in 2014. In addition, Ukraine received UAVs from Turkey. In recent years, the United States has sent weapons to Ukraine and conducted military exercises. However, there is still a huge gap in military power between the two countries. Ukrainian military officials say they will not be able to repel the occupation without the help of Western forces.

The occupation, which began in January or February, will have the advantage of frozen ground to support the international movement of large mechanized forces. This would mean working in both cold and limited visibility conditions. January is usually the coldest and snowiest month of the year in Ukraine, with an average of 8.5 hours of daylight per month and increasing to 10 hours by February. 8 This will give you the advantage of fighting at night to keep moving forward. If the battle lasted until March, the mechanized forces would have to face or melt the infamous Rasputitsa. In October, Rasputitsa turns the strongholds into the mud. In March, the frozen steppes thaw and the soil again turns into a swamp at best and a sea of ​​mud at worst. Winter weather is also less than optimal for reliable close air support operations.

Conclusion: After Russia’s occupation of Crimea and Donbas, Ukraine began to integrate with the West. Russia sees Ukraine as a red line for its political interests. Currently, there are differences of opinion among European countries. Germany did not allow arms shipments to Ukraine from its territory. Nevertheless, the United Kingdom and the Baltic states provided arms assistance. Russia’s pressure on Europe is largely due to the price of gas. The Russian army is much stronger than Ukraine. However, this will not be as easy as the 2008 intervention in Georgia. Because for 8 years Ukraine has been improving its army and buying new weapons. It remains a fact that Russian military equipment has been hit by anti-aircraft missiles in Syria. Ukraine conflict could bring Pyrrhic victory to Russia.

Why Does Iran Escalate Its Proxy War in the UAE?