Post Arab spring and the fight against Islamists in Tunisia 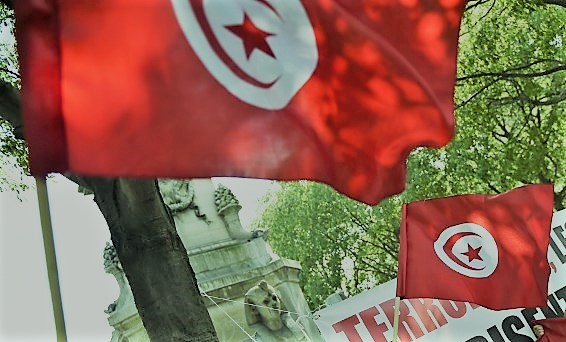 From Sudan to Egypt, Morocco and Tunisia, we recall the failure of the Brotherhood’s rule in  the MENA region and its incompatibility with the secular political system that the Arab and Muslim yearns to .

“We are here to protect Tunisia. We have seen all the tragedies under the rule of the Muslim Brotherhood,” shouts Tunisian young man Ayman at a gathering of July 25th .

Amid the increasing popular discontent with the “Brotherhood” in Tunisia, the recent developments in the country raise questions about whether the star of “Renaissance” in the Arab world in general is on the verge of fading, similar to what happened with the Brotherhood in Egypt.  .”

Political Islam movements themselves are for  responsible for this “regression or decline”, “Political Islam has failed to present itself as a convincing political alternative to the Arab peoples at this sensitive stage,” and explains: “The political Islam movements did not present real priorities and could not establish a project  Politically, or to have effective leaders who are loved by the people, rather they entered into disputes with other parties and state institutions in order to stay in power, and therefore when they were struck, they found themselves isolated and no one stood with them and this is what Tunisia witnessed in the parliament the last two years in which secularists and feminists were attacked verbally and physically.

The German newspaper Spiegel agrees that “Islamists in Tunisia disappointed the people and their supporters .After ten years of Ennahda’s participation in successive governments, corruption is still rampant, unemployment is on the rise, and government services are deteriorating.”

Political Parties which support  radical Islam within Parliament encourage the targeting of Tunisian women and threaten their gains. Since the revolution, the Ennahda movement has expected that by coming to power and having a parliamentary majority, it will be able to change some texts of modern laws.  Especially with regard to women, and  thought about amending the Personal Status Code, which is the biggest guarantor of women’s rights.

On December 20, 2020, MP Mohamed Al-Afas, from the Islamic Dignity Coalition, the right arm of the Ennahda movement, insulted the Tunisian woman who believes in modernity and progress, describing her with obscene epithets such as “ whore, ”  “..and other descriptions,  and the head of Ennahda movement, Rashid Ghannouchi did not  take any action against him, despite the great controversy he aroused at the time.  This is in addition to the repeated attacks by the representatives of this political faction verbally and morally against the head of the Free Constitutional Party, Abeer Moussi .

Most of the economic and social indicators in Tunisia indicate an abject failure of the Ennahda movement by directing the State during the ten years of his government, a uniqueness or in association with his allies. However, the deterioration that the country has been assisted last year, in particular the paralysis of public services and the propagation of violence and corruption, seemed unprecedented. Ennahda was also standing near the Mechichi government, since it did not contain the propagation of the Coronavirus, which brought Tunisia with the highest mortality rate around the world. This horrible record has angry the Tunisian people and took more disappointment towards the party among their supporters.

The dreams and hopes of young Tunisian and Arab people are not different from young people in Europe or in any country in the world. Young people always dream of a better future, better economic situation, better education better job opportunities, more justice, more equality ,more freedom, more dignity and it seems that the previous governments during the last ten years were unable to fulfill these dreams. The EU should listen to the demands and needs of young people and support their initiatives to build a better society and have a better future.