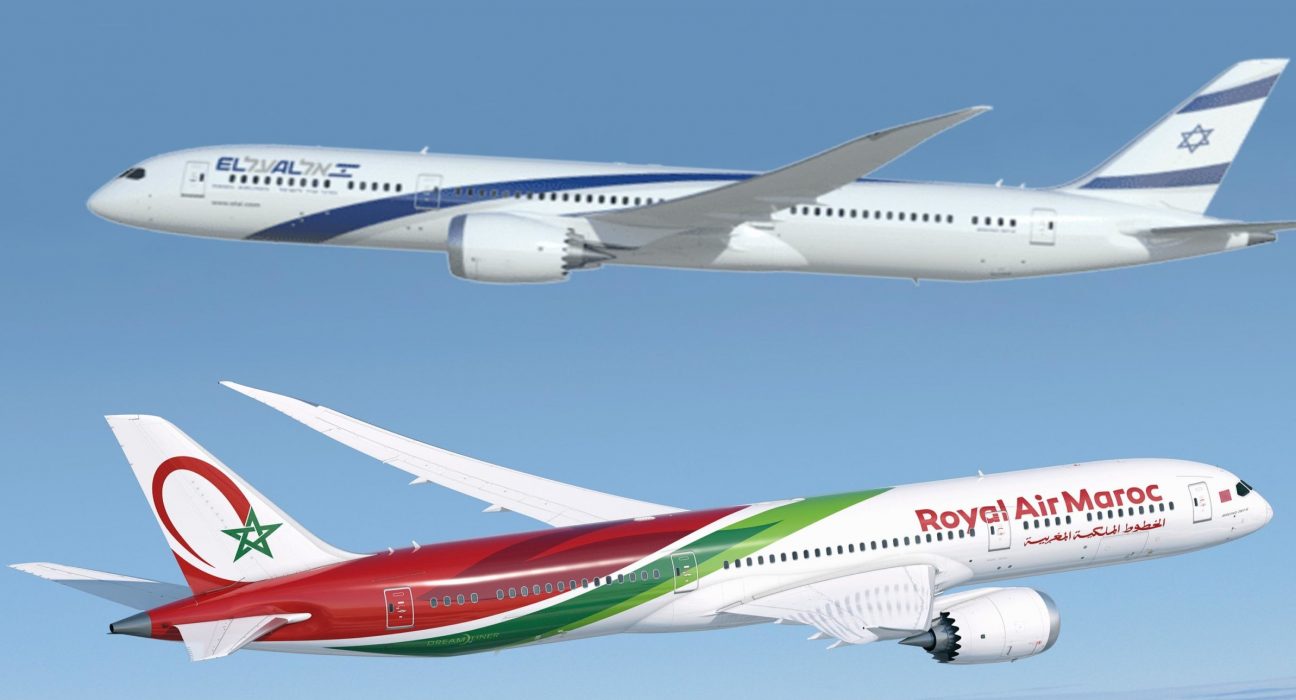 Moroccan airlines, Royal Air Maroc (RAM) and Israeli airlines El Al have signed a Memorandum of Cooperation (MoU), aimed at governing their relations to offer the best services to their customers, announces a press release from the Moroccan national company.

The agreement was signed by Avigal Soreq, Chairman and CEO of El Al and Hamid Addou, Chairman and CEO of RAM, on the sidelines of the 77th General Assembly of the International Air Transport Association (IATA) held recently in Boston, and which brought together hundreds of delegates and airline executives, said a press release from the Moroccan national company.

The agreement comes at a time when RAM and El Al intend to operate air transport services between the two countries through their two respective hubs, namely Mohammed V Airport in Casablanca and Ben Gurion International Airport in Tel Aviv.

RAM is preparing to launch soon, and as soon as general conditions allow a direct air route between Casablanca and Tel Aviv, the statement said.

The signing of this memorandum of understanding will allow the two companies to explore the possibility of concluding a Codeshare partnership, on the direct lines operated between Morocco and Israel, as well as on the routes of their networks beyond their respective hubs.

It should be remembered that the two countries had already signed agreements in the fields of water, aviation and finance at the time of the first visit of a delegation of senior Israeli officials who arrived on board a first direct flight between Rabat and Tel Aviv on December 10, 2020, the day of the announcement of the resumption of diplomatic relations between Morocco and Israel and that Moroccan Foreign Minister Nasser Bourita Israeli Foreign Minister Yair Lapid signed an agreement on August 11, 2021, focusing on political cooperation, aviation, and culture.

Statement on the end of the Group of Eminent Experts mandate