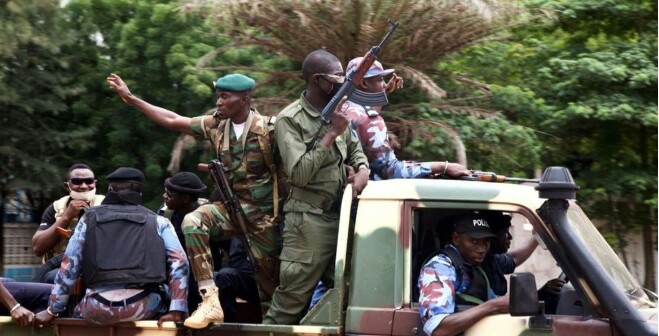 Kidnapping has been ongoing in the area that has been largely spared the violence convulsing much of the landlocked African country for nearly ten years.

The five abducted victims according to security source who preferred his name not to be mentioned for safety reasons, were seized by “terrorists on motorcycles in Blendio in the Sikasso region during the night Wednesday to Thursday.”

The unfortunate incident according to another security source and a local official, between 11 and 17 kidnappers were involved in the raid that occurred shortly before midnight.

Kidnappings have been rampant in Mali since the country was plunged into crisis in 2012 when an insurgency first erupted in the north. But abductions are common in the southern part of the country, which has largely been spared the violence.

The interim government in Mali, this week commissioned its ministry of religious affairs with talking to terrorist groups, a policy seriously antagonised by former colonial power, France, but that is generally perceived by many Malians as one of the few ways to end the violence that has killed thousands and displaced hundreds of thousands more in the country.

Iraq’s Election: A Fresh Start for the Country?